Pursuing God with passion and excellence

Whether you want to build a solid foundation in the One-year Bible Certificate, or receive an accredited undergraduate or graduate degree in Biblical Studies, Heritage College and Seminary is an outstanding institution that prepares you for serving the Lord. Equipping Men and Women for Life and Ministry is what we are all about!

In this year's Heritage Spring and Summer Newsletter, Bachelor of Religious Education graduate Mikhaela Whatley shares how God has used her time at Heritage to clarify her understanding of missions and prepared her for cross-cultural ministry.

In this year’s Heritage Spring and Summer Newsletter, Bachelor of Religious Education graduate Mikhaela Whatley shares how God has used her time at Heritage to clarify her understanding of missions and prepared her for cross-cultural ministry. 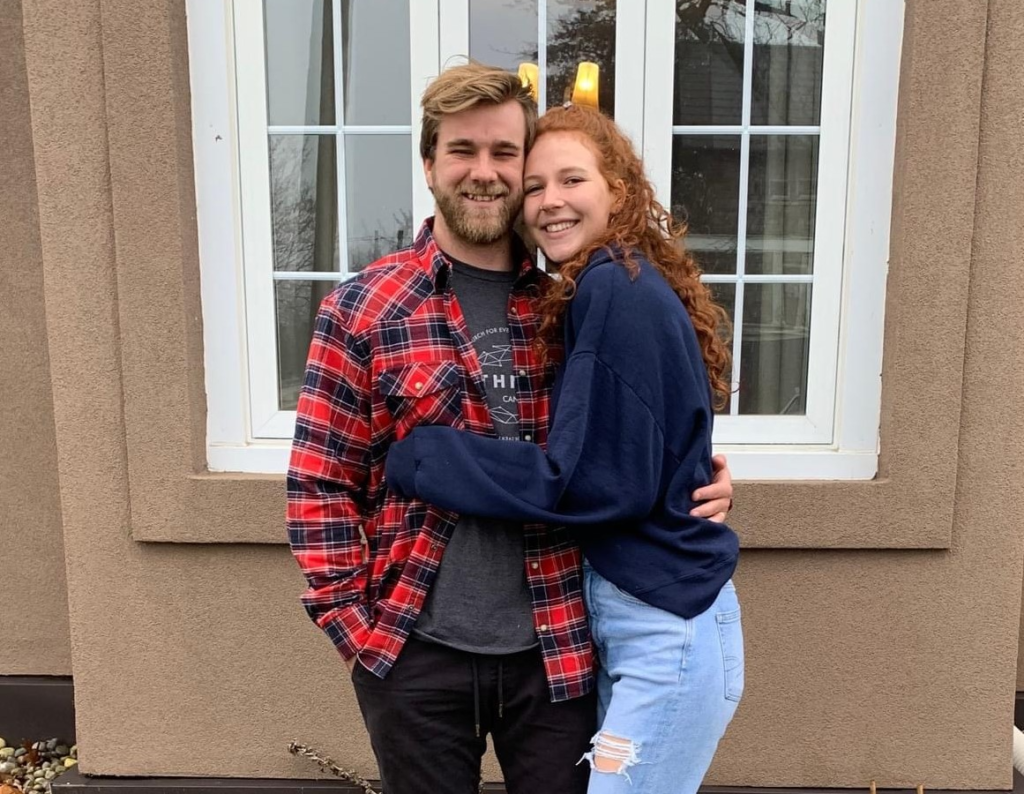 The desire to pursue missions settled into my mind when I was very young, and it was the determination to continue pursuing this goal that led me to Heritage. Now, as I look back, I see that the Lord used my experience at Heritage to shift my view on missions for the better.

My whole life I chose missions, but I never truly knew why. However, I was always eager to latch onto its possibility of adventure. While attending Heritage, God stretched my faith, humbled my heart, challenged my ideas, and ultimately reframed the true meaning of grace that contributed to my shift in understanding. In those three years, I discovered the “why.”

I came to realize my childhood choice carried a command to go, not because I was promised I would thrive, but because Jesus’ name is to be glorified. I realized that there are people who haven’t heard the gospel of grace, that don’t know God sent His Son to die for their sins that they may be saved. In the time I spent studying God’s word at Heritage, nothing hit me harder than this reality and I couldn’t ignore it.

After completing my program, I became a student at Emanate Missionary Training Center with my husband Tyler to become equipped for cross-cultural church planting. Reflecting on the work the Lord did in my heart at Heritage to reveal His mission kindles gratitude within my soul that will not be quenched. Jesus’ love is eternal and it’s unfathomable that he’d use a sinner such as I to share the wonders of His grace.

Read Mikhaela's story and more in the 2022 Heritage College & Seminary Spring and Summer Newsletter that will be arriving in mailboxes soon.

Heritage College & Seminary welcomed friends and family to campus to recognize the accomplishments of both its college and seminary graduates. 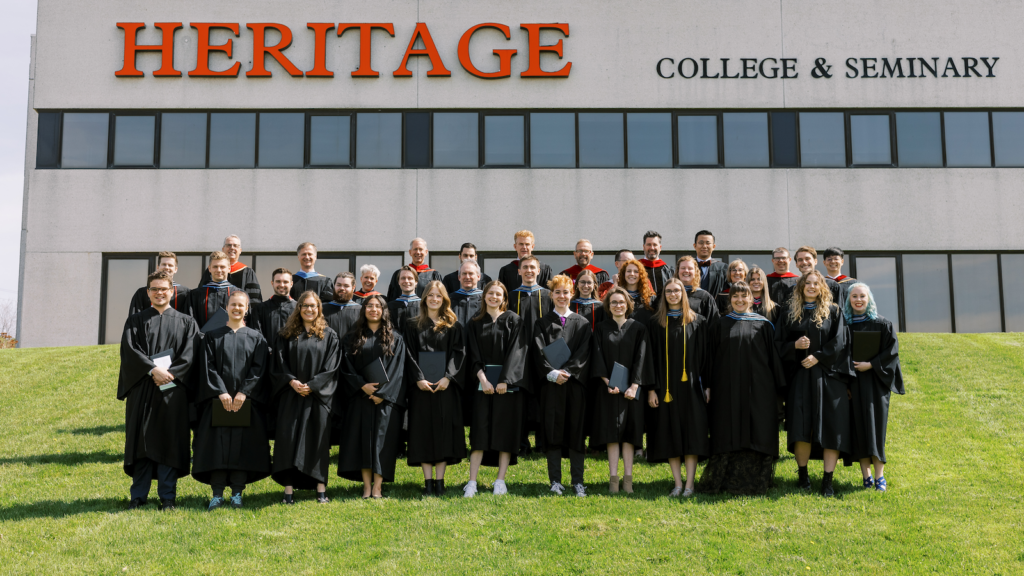 The campus of Heritage College & Seminary was a place of celebration this weekend as we welcomed family and friends to recognize the accomplishments of the graduating class of 2022.

Before both graduation ceremonies, the Heritage community gathered on campus for the annual Graduation Banquet on Friday, April 29. Both graduating and returning students from both the college and seminary were acknowledged for their academic accomplishments and Christian character with several awards throughout the evening.

The celebration continued Saturday as we hosted two separate ceremonies for college and seminary graduates of Heritage. Dr. J. Stephen Yuille delivered his graduation address to graduating college class, encouraging them to ensure that they direct their hearts to the love of God and the steadfastness of Jesus Christ in all they do after Heritage. The class also had the opportunity to hear from Valedictorian Award winner Ethan Skinner.

President Dr. Rick Reed commissioned the men and women graduating from Heritage Theological Seminary into life and ministry later in the day during the school’s ceremony. Jack Scott Award winner Jonathan Killoran also encouraged the graduates and expressed gratitude for the opportunity to learn and grow while studying at Heritage.

For a list of this year’s award winners, please see below:

Heritage College & Seminary will celebrate the accomplishments of its graduates with two, in-person ceremonies happening on Saturday, April 30. 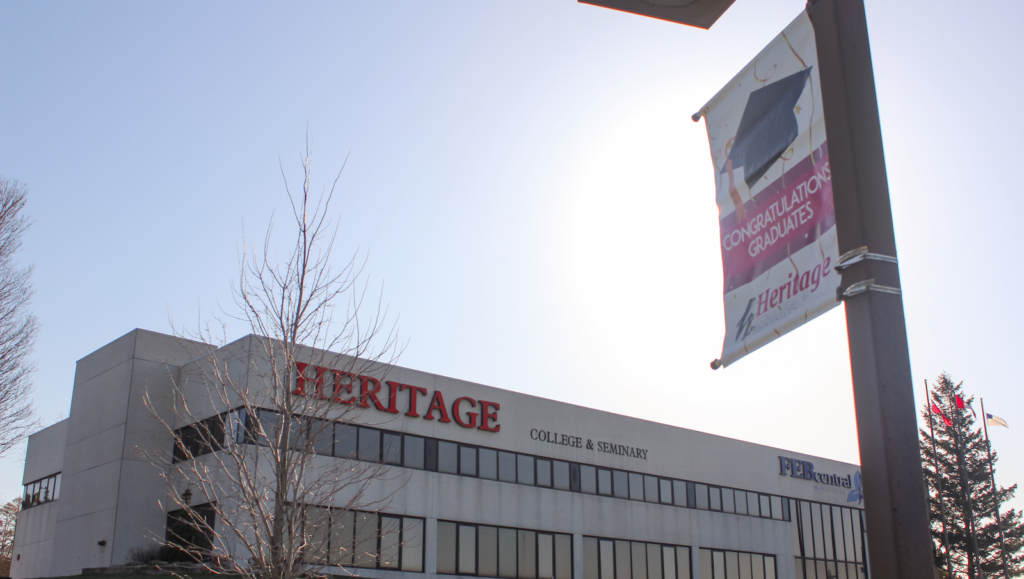 There’s excitement on campus as the Heritage community prepares to celebrate the accomplishments of the class of 2022 during this weekend’s graduation celebrations.

Heritage College & Seminary is looking forward to welcoming graduates, family, and friends back to campus for two graduation ceremonies recognizing the achievements of this year’s college and seminary graduates on Saturday, April 30.

The day will begin with the graduation service for the college’s graduating class beginning at 10:00 am. Vice President of Academics and Academic Dean of the College Dr. J. Stephen Yuille will deliver the address to the graduating class. Graduates will also hear from this year’s Valedictorian, Ethan Skinner during this special ceremony.

Following the college ceremony, Heritage Theological Seminary will celebrate its class of 2022 at 2:30 pm. The graduation address will be delivered by President Dr. Rick Reed and will also include a message from the recipient of this year’s Jack Scott Award, Jonathan Killoran.

Before the ceremonies, college and seminary graduates will join the Heritage community on Friday, April 29 for the annual Graduation Banquet. Throughout the evening, both graduating and returning students will receive several awards recognizing academic excellence and Christian character.

Join us online to celebrate with the class of 2022. All are welcome to watch both the college and seminary services this Saturday at DiscoverHeritage.ca/Live.

Join us in person or online for this year’s Ministry Leadership Day on Thursday, March 31 as we welcome Dr. Kevin Vanhoozer to teach on the topic of discipleship and the local church. 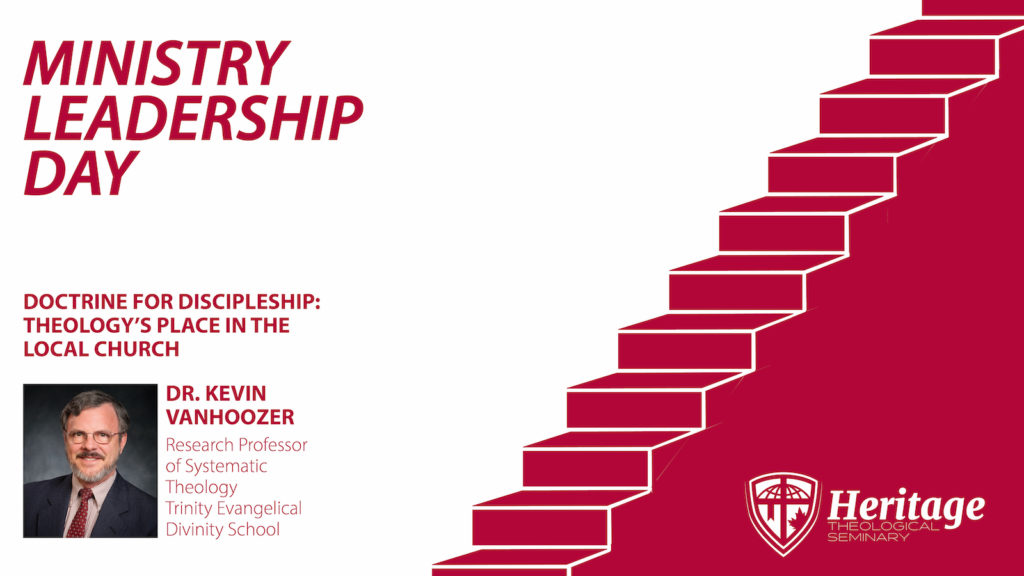 How can pastors and ministry leaders best train disciples to read and live out the truths of Scripture in a way that will both shape their minds and hearts and train them to live for Christ?

Learn more about the topic of discipleship in the local church from theologian and author Dr. Kevin Vanhoozer at this year’s Ministry Leadership Day happening on Thursday, March 31 from 9:00 am to 3:30 pm.

This year, Heritage will be hosting Ministry Leadership Day both in-person on campus and online. We are looking forward to welcoming pastors and ministry leaders to the campus as well as online for a valuable day of encouragement and equipping for life and ministry.

He is the author and editor of many books including The Drama of Doctrine: A Canonical-Linguistic Approach to Christian Theology and his latest book Hearers and Doers: A Pastor’s Guide to Making Disciples Through Scripture and Doctrine.

Adjunct Professor at Heritage College & Seminary Dr. Jon Korkidakis goes to Scripture to help point people to a better understanding of the biblical purpose of prayer in his latest book, “Touching God.” 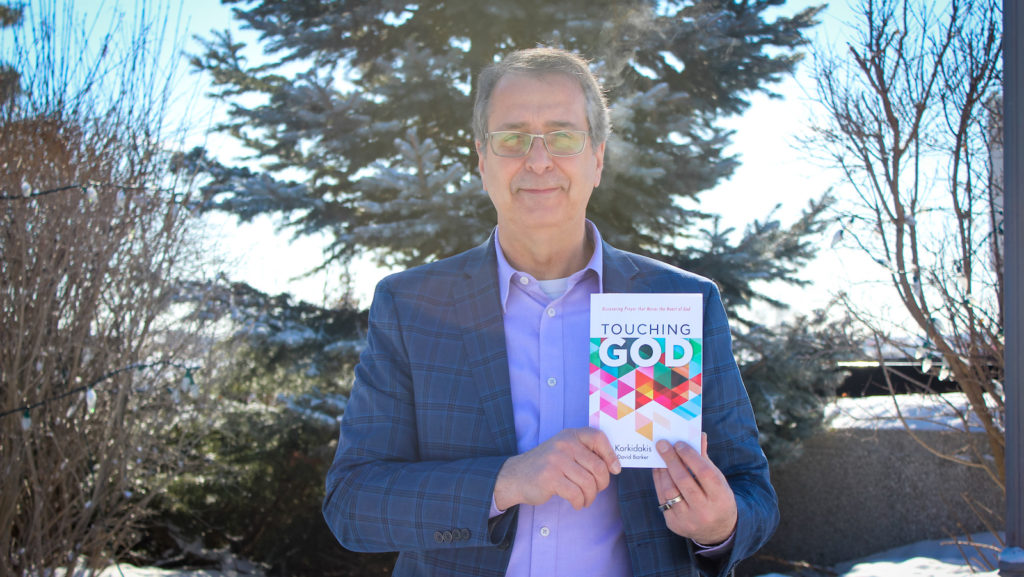 Dr. Jon Korkidakis, Adjunct Professor at Heritage College & Seminary, says that though prayer is highly recognized as important to the Christian walk, it is also confusing for many people in today’s church and is seen as intimidating.

It was this common struggle to understand prayer that led Korkidakis to write his latest book, Touching God: Discovering Prayer that Moves the Heart of God. He explains that he wanted to write the book to help people gain a better understanding of the biblical purpose of prayer to see their own prayer life deepen.

“There is for many, a mystery to prayer,” says Korkidakis. “I hope the book helps to bring clarity and focus to God’s intention for prayer and how we can develop our prayer lives in accordance with the biblical model.”

In the book, Korkidakis goes to Scripture to highlight an essential part of prayer that he believes is missing from our contemporary understanding of the discipline. Throughout most of what is written about prayer in the Bible, he explains that there is a piece that—though sometimes is acknowledged—is often not as prominent in the prayer life of the church as it is throughout God’s Word.

Korkidakis sees at the heart of this missing piece is an understanding of prayer that sees the discipline as a process of aligning ourselves to the will and purposes of God. It is through this that he believes we grow a deeper awareness of God’s kingdom and his activity in the world where God is at work.

“When we move in that direction, it is a transformative experience, one that I believe brings pleasure to God as he sees his children grow deeper in their relationship with Him,” he says.

As he looks back, Korkidakis says that this understanding of prayer has helped deepen and transform the prayer lives of many in his church. After preaching much of the material in a sermon series at the church he pastors a few years ago, he was grateful to hear how it helped people orient their prayers differently and became a tool for deepening the church’s walk with Christ.

On a personal level, he says that this broader, biblical understanding of prayer has been transformational in his own prayer life and walk with God.

He desires that the readers of this book would have the same experience that he and his church have had—that it would elevate people’s prayer life, deeply nourish their souls, and help create a prayer movement that deepens people’s desire for God’s will to be manifest on earth.

To learn more about Touching God or to purchase the book, click here.

Fill out my online form.