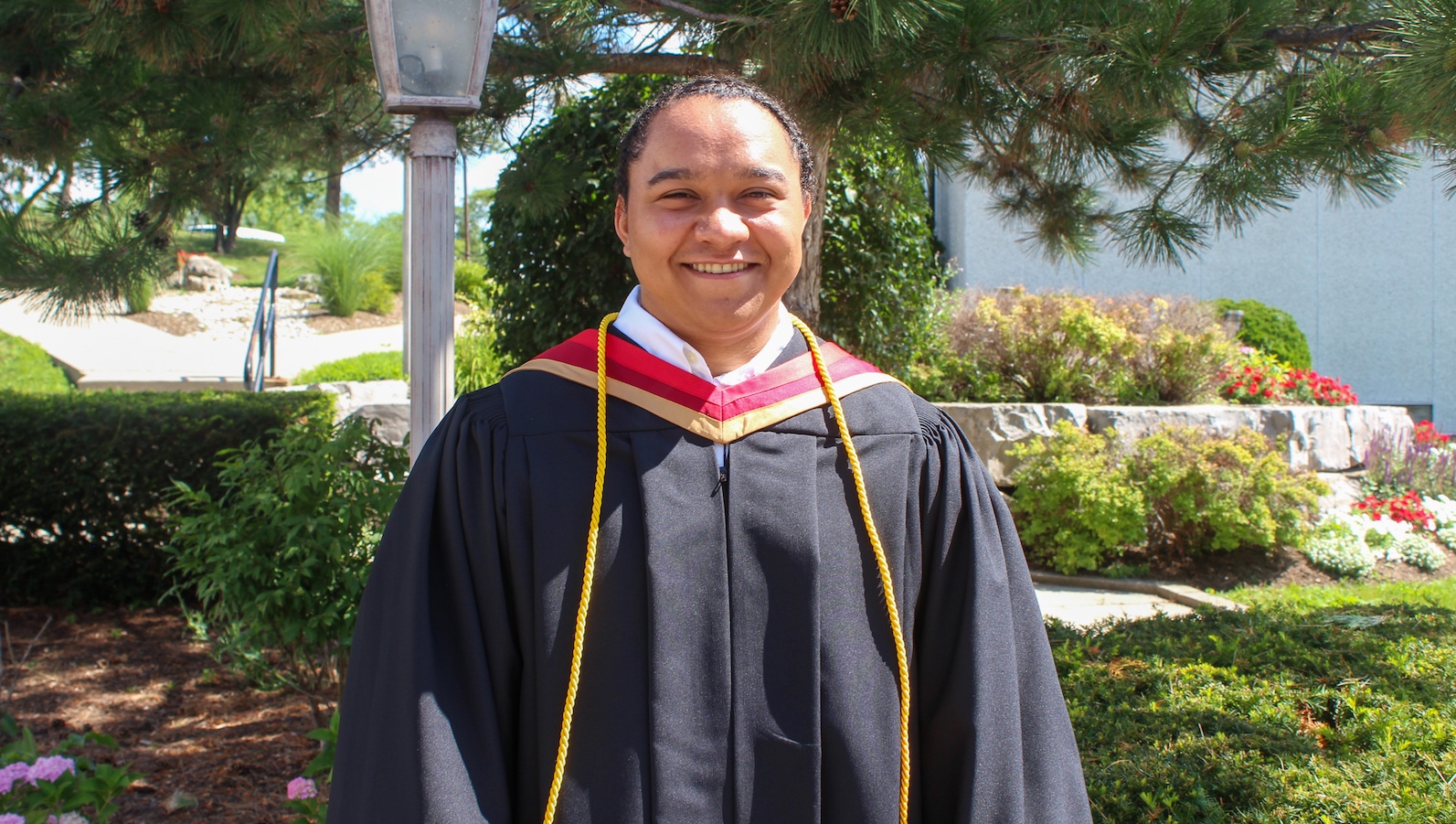 The Jack Scott Award is the highest award of recognition given each year to a student graduating from a degree program at Heritage Theological Seminary – named in honour of former president of Central Baptist Seminary, Dr. Jack Scott.

The award is given to a student that not only excelled academically throughout their time at the seminary, but also demonstrated a devotion to ministry and deep Christian character.

This year’s recipient of the Jack Scott Award is Master of Divinity graduate Christian Clement-Schlimm.

For Dr. Barry Howson, Academic Dean of Heritage Theological Seminary, Clement-Schlimm’s desire to learn and his heart to serve Christ makes him deserving of this year’s Jack Scott Award.

“I first met Christian on a trip to England just prior to his tenure at Heritage for his Master of Divinity, and it was apparent then that he had both a heart and a mind to serve Christ,” says Dr. Howson.  “He has been an excellent student, and this is only matched by his devotion to serving Christ through his academics as he continues his studies toward a PhD.”

Dr. Ian Vaillancourt, Associate Professor of Old Testament and Hebrew at Heritage Theological Seminary, remembers first meeting Clement-Schlimm in his Old Testament Introduction and Theology class and recognizing his passion for both academics and ministry.

“It soon became apparent that he has a love for the local church, and that he is an extremely thorough, thoughtful student,” explains Dr. Vaillancourt. “Through his years at Heritage—and through four or five additional classes with me—it was a delight to watch him mature in his love for the Lord and his ability to handle his word, and it is definitely fitting that he has received this highest academic award at the seminary.”

Congratulations to the graduating class of 2020 – to watch Online Graduation 2020 ceremony click here.