Reaching the Karen People with the Good News

In Heritage’s 2021 Christmas Newsletter, Pastoral Intern at James North Baptist Church and Heritage College student Klosay shares how God is working amongst the Karen people in Hamilton and how studying at Heritage has equipped him to share hope.

HomeReaching the Karen People with the Good News 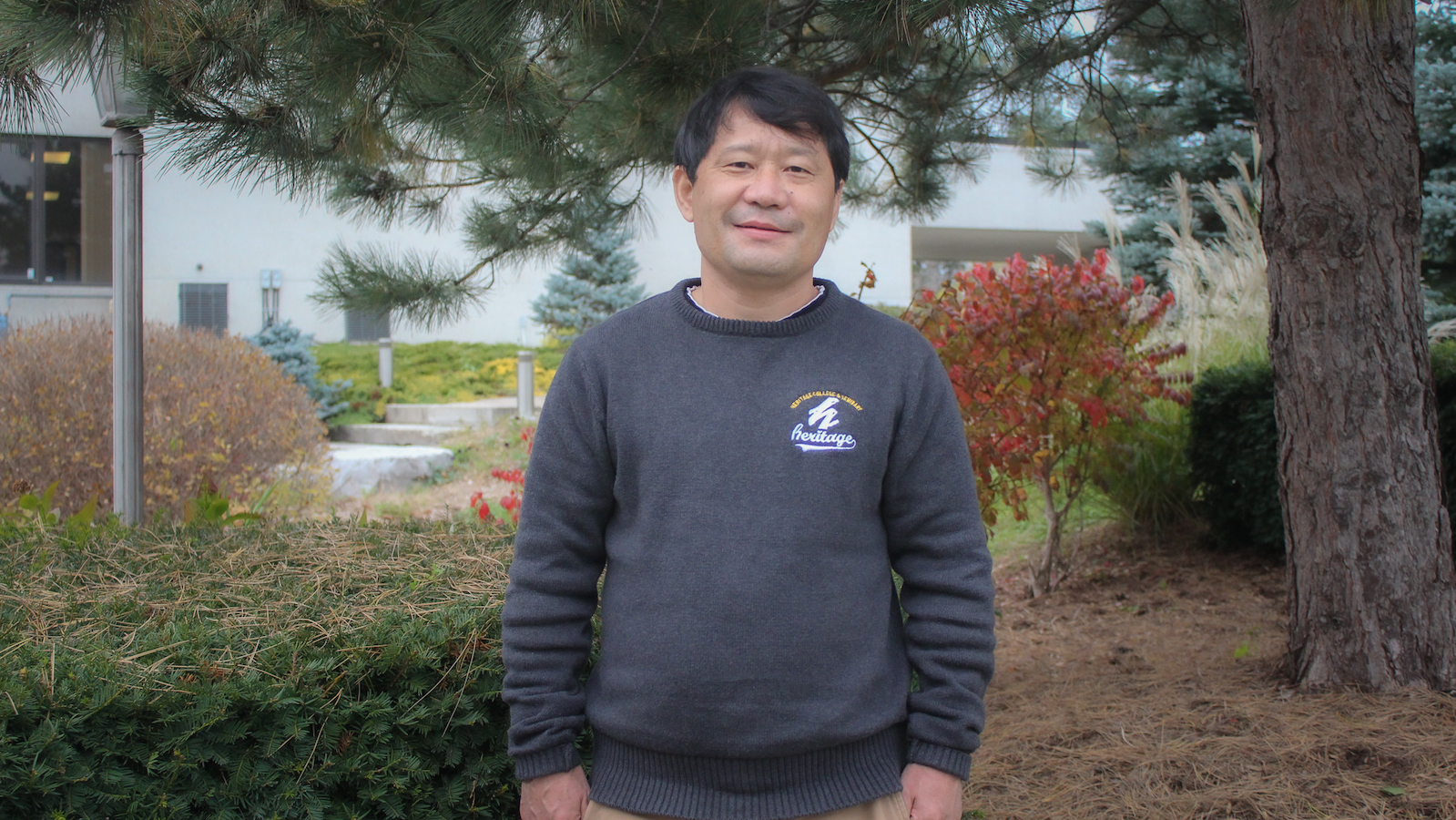 Klosay’s heart is for his fellow Karen people to know the grace and love of Jesus Christ.

As a Pastoral Intern at James North Baptist Church in Hamilton, Ontario, Klosay lives out this desire through connecting with local Karen families, inviting them to learn from God’s Word, and walking with them as they grow in their faith.

After living more than 20 years in a refugee camp on the border of Burma and Thailand, Klosay and a group of Karen people were brought to Canada in 2006. It was while he was residing in the camp that Klosay and other Karen came to faith in Christ after hearing the gospel from American and Australian missionaries.

When he settled in Hamilton, Klosay was a part of a group of Karen Christians that began to gather as a church and have been working with James North since 2011.

Today, he has the blessing of serving this Karen church with the pastoral team at James North. From helping with Bible studies with Pastor Dwayne Cline to serving in the Karen church services at James North, Klosay has the joy of sharing the hope of the gospel with many in the community.

While serving at James North, Klosay has also been learning and growing in his own knowledge and faith in God in his studies at Heritage College & Seminary. To have the opportunity to gain a foundation in the Bible allows him to better share Biblical truth and gospel-centred hope with those in the Karen community.

“The way I understand God is more clear,” says Klosay. “I feel like I am blessed by God with what I study and learn at Heritage from the Bible, which is why I also want to share what I learn with families, friends, and people who want to know more.”

Currently, much of his ministry focuses on serving families who desire to learn more from God’s Word and sharing the hope of the gospel with their youth who are often struggling with their faith.

“One of the best things I can do is invite people to come to church and hear the teaching,” says Klosay. “Some will still struggle, some will come and disappear, and some will keep coming to church – but I will always encourage more people to come.”

Though the ministry comes with its challenges, Klosay says that God is working amongst the Karen people. He explains that there have been many Karen people attending ministries to hear the Bible taught in their own language and that they have seen 15 young people baptized.

Click here to read this year’s Heritage College & Seminary Christmas Newsletter and learn more about how God is working in the hearts and lives of our students.