Learning from the Life and Ministry of Hanserd Knollys

HomeLearning from the Life and Ministry of Hanserd Knollys 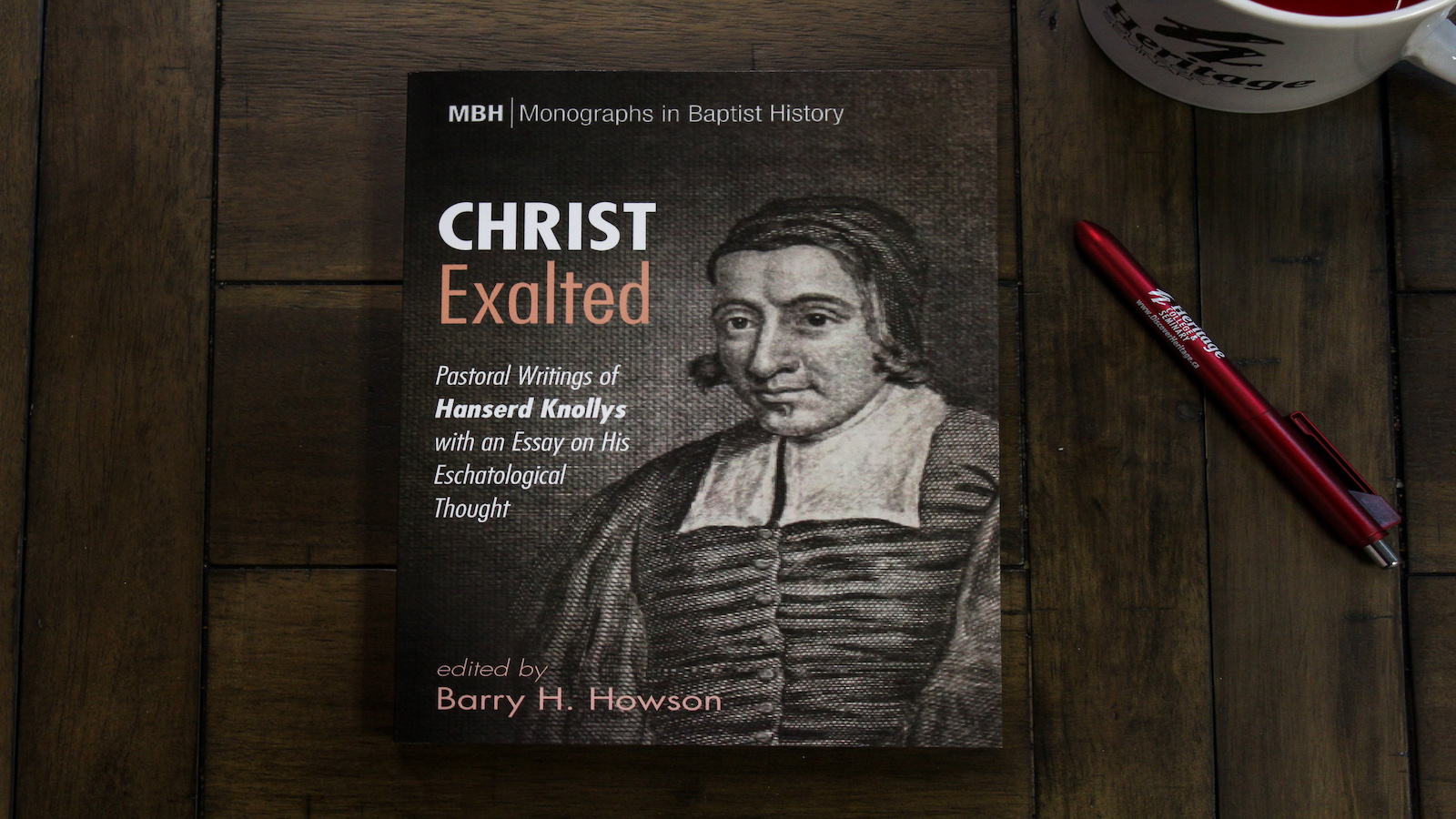 During the seventeenth century, an influential movement formed out of Great Britain known as the Particular Baptists. Today, the impact of this group and its leaders can still be felt today in the evangelical world. One of its prominent leaders was a pastor by the name of Hanserd Knollys.

Dr. Barry Howson, Academic Dean of the Seminary and Professor of Theology at Heritage College and Seminary, in his new book Christ Exalted seeks to provide readers the opportunity to take a deep look into the thought, works and ministry of Knollys that he believes are a valuable asset for Christians and church leaders today.

“His works are important because most of them were practical and pastoral, seeking to help his readers in their walk with Christ,” says Dr. Howson.

Beginning his ministry as a minister in the Church of England, Knollys then became a congregationalist before coming in contact with the growing Calvinistic Baptist movement in London at the age of 44. Through this group, Knollys became persuaded that only believers should be baptized, and shortly after became one of the leading pastors in this movement’s London churches.

One of Knollys’ theological focuses was his serious focus on eschatological thought. Though this was a common field of study for many educated and respected theologians and pastors during this time period, Howson says it was important to include an essay on Knollys’ eschatological thought in Christ Exalted. He explains that the work of Knollys on this aspect of theology is not only a valuable example of the work during that time period but also reflects an important theological perspective for Christians to hold in desperate moments of life.

“We need to remember that Knollys wrote all of his eschatological works during the Restoration Period in England (1660-1689), when Baptists were facing persecution,” explains Dr. Howson. “It reminds us that in dark times we need to fix our eyes on Jesus and our eternal hope in Him.”

Through his pastoral works, Dr. Howson also says there is much to gain for church leaders today by reading the thought and teachings of Knollys. He explains that, even in the face of opposition, Knollys reflected a great concern for those he led; that they would be instructed in the truth of Christ and its practical application to the life of the believer and the church.  For Howson, this is an example of a pastoral heart that is worth reflecting on for pastors today.

“He was deeply concerned that all under his ministry by truly saved, and therefore, the gospel was front and centre in his preaching and writing ministry,” says Howson. “For these reasons, he is a great example of a pastor even for the twenty-first century.”

For more information on Christ Exalted or to purchase the book, please visit: http://bit.ly/ChristExaltedKnollys