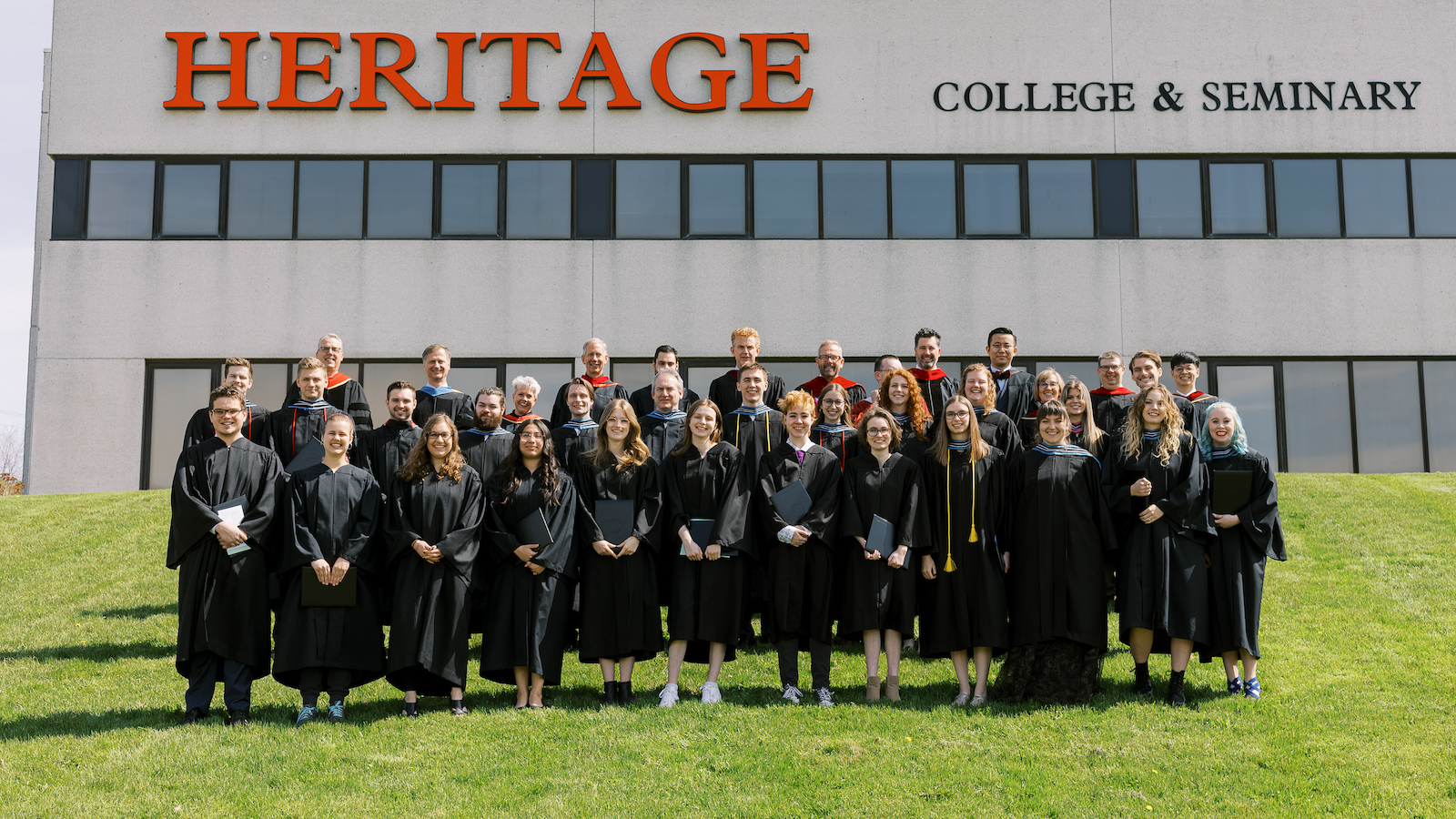 The campus of Heritage College & Seminary was a place of celebration this weekend as we welcomed family and friends to recognize the accomplishments of the graduating class of 2022.

Before both graduation ceremonies, the Heritage community gathered on campus for the annual Graduation Banquet on Friday, April 29. Both graduating and returning students from both the college and seminary were acknowledged for their academic accomplishments and Christian character with several awards throughout the evening.

The celebration continued Saturday as we hosted two separate ceremonies for college and seminary graduates of Heritage. Dr. J. Stephen Yuille delivered his graduation address to graduating college class, encouraging them to ensure that they direct their hearts to the love of God and the steadfastness of Jesus Christ in all they do after Heritage. The class also had the opportunity to hear from Valedictorian Award winner Ethan Skinner.

President Dr. Rick Reed commissioned the men and women graduating from Heritage Theological Seminary into life and ministry later in the day during the school’s ceremony. Jack Scott Award winner Jonathan Killoran also encouraged the graduates and expressed gratitude for the opportunity to learn and grow while studying at Heritage.

For a list of this year’s award winners, please see below: