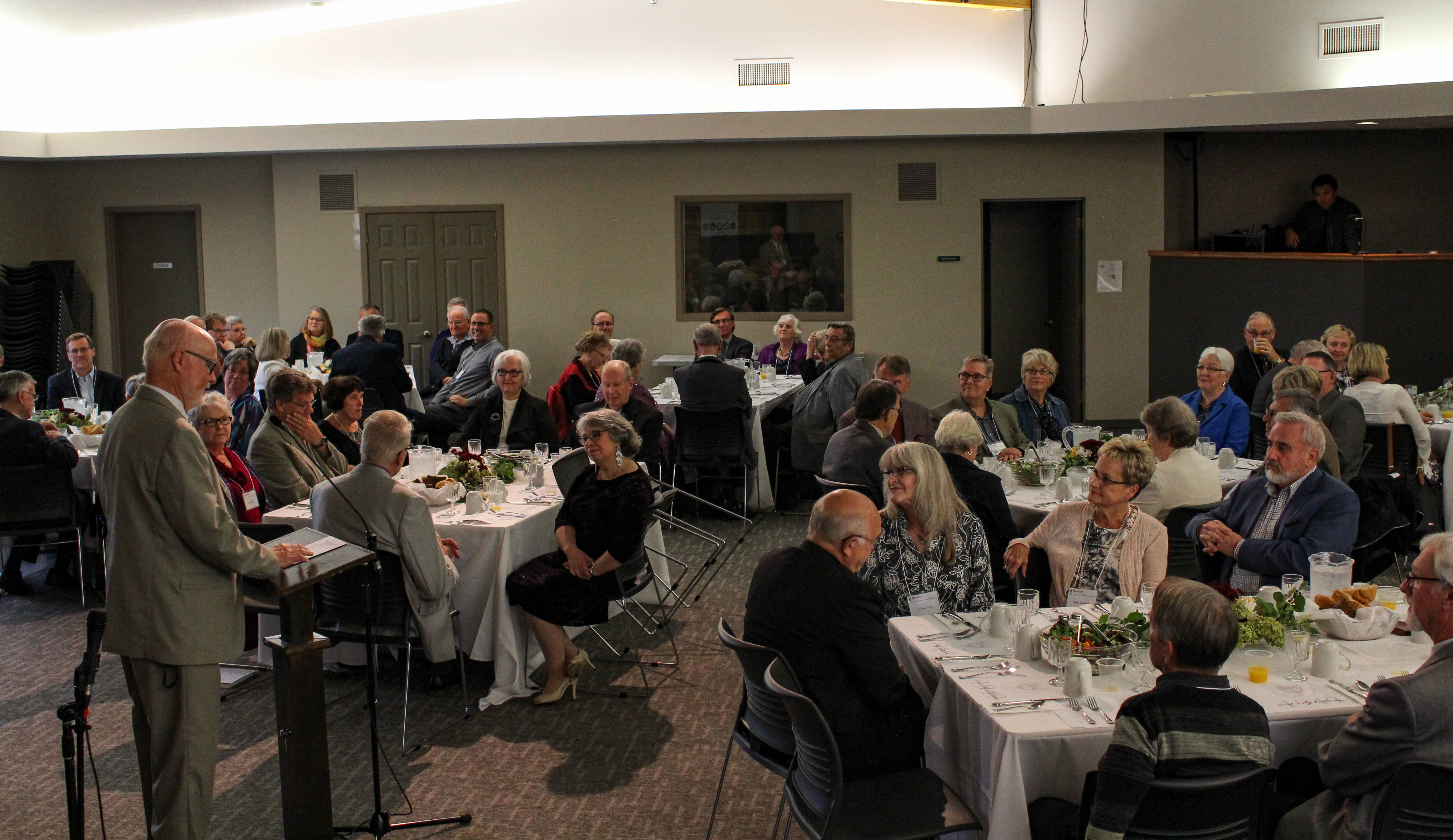 It was an evening of joyful reflection and celebration as alumni, staff and faculty from Central Baptist Seminary gathered for a special evening and dinner marking 70 years of the school.

Close to 100 of Central’s student body came to Heritage College & Seminary to reconnect with classmates, professors and lifelong friends on the evening of October 3rd. The night was hosted by Dr. Stan Fowler, who currently serves as Professor Emeritus of Theological Studies at Heritage Theological Seminary and is the former President of Central Baptist Seminary.

The evening’s program focused on recounting the illustrious history of the Toronto-based seminary leading up to the merger between Central and London Baptist Bible College and Seminary in 1993 that birthed Heritage.  From stories of W. Gordon Brown and other staff and faculty, to remembering the seminary’s various locations in the area of Toronto, all in attendance enjoyed looking back and seeing how God worked in their lives and in the church through the ministry of Central.

Dr. Fowler also took the time during the evening to interview a few of the alumni and members of the Central community. All the way from Winnipeg, Manitoba, George Bell, a Central graduate of 1954, discussed his time at Central as a student, and after graduating serving as a pastor and as a President of the Seminary.

Those gathered also recognized the large contribution of Marina Coldwell, who graduated in 1977. She served for a number of years at Central in various roles and continues to serve at Heritage as a prayerful supporter and connection to alumni.

Jack Hannah, a Central graduate of 1967, reflected fondly on his time as a student at the seminary as Valedictorian of his class, while also talking about his time of service at Central as President and a board member.

As the evening came to a close, Dr. Fowler welcomed Dr. Rick Reed to the podium to share his thanks for the faithfulness and legacy of Central. Dr. Reed committed to continuing to build on that legacy by standing on the same values that were at the heart of the seminary and that they will continue to be at the forefront of Heritage’s vision.