You are invited to join us at Heritage for the annual Andrew Fuller Centre for Baptist Studies Lecture on Friday, October 28th starting at 7:30 pm.

This year, Dr. Kevin Flatt, Professor of History and Associate Dean of Humanities at Redeemer University, will be delivering a lecture entitled, The Rise of the Secular Order: Rethinking the Secularization of Western Society and Culture.

Take part in this special lecture event that will take place in the Chapel at Heritage College & Seminary. Participants will be able to listen to Dr. Flatt’s lecture and then participate in a special question-and-answer period that will take place after his presentation.

Topic: The Rise of the Secular Order: Rethinking the Secularization of Western Society and Culture

Scholars and laypeople alike tend to think of secularization as “the decline of religion.” But what if that view of secularization is incomplete—even misleading? In this lecture, I will raise critical questions about the assumptions behind this view, including its understanding of what “religion” is. Using the idea of “sacred/social order,” adapted from the work of sociologist Philip Rieff, I will propose that it is better to think of secularization as a far-reaching revolution in sacred/social order that has transformed every aspect of Western life, from education to politics to sex. 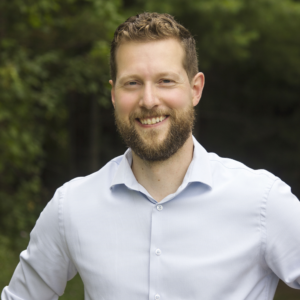 Kevin is the author of After Evangelicalism: The Sixties and the United Church of Canada (McGill-Queen’s University Press, 2013), a study of the liberalization of the United Church. He has also published widely on Protestantism in Canada and on secularization. His research has been covered by the news media in Canada and abroad, including by CBC Radio, Christianity Today, Maclean’s magazine, the National Post, and Dr. Al Mohler’s The Briefing.

Kevin, his wife Alicia, their three children, and their moderately well-behaved dog live in Kitchener, his hometown, and have been part of Stanley Park Baptist Church since 2012.