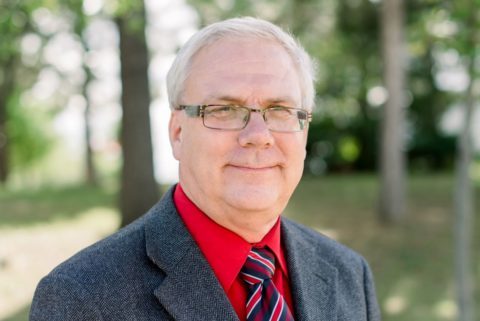 Theology & Church History, Barry graduated with a Master of Divinity from Central Baptist Seminary, Toronto in 1984, and in 2000 with his PhD in Church History at McGill University. He has been a professor at Heritage since 2001, primarily teaching in the areas of theology, NT Bible, worldviews/apologetics and Church history. Since 1980 he has been involved in the local church as a youth pastor and lead pastor, as well as an interim pastor, helping churches in transition. He is currently the teaching pastor a Heritage Fellowship Baptist Church in Ancaster, Ontario. He is married to Sharon, and has two daughters, Natalie and Shawna. 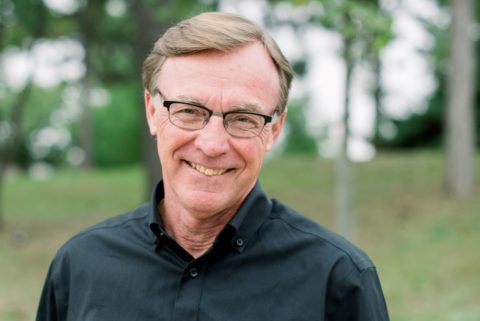 David is Professor of Biblical Studies at Heritage College & Seminary in Cambridge, Ontario. He presently teaches Old Testament Survey, Hermeneutics, and the Book of Psalms. He has taught at Heritage since 1978. He has served as Academic Dean, Vice-President of Academics, and Interim President over the years. His specialty is in Old Testament, particularly the Psalms and Wisdom Books. He has pastored several churches including Summerside Community Church (formerly Westminster Hope Baptist Church) and Stoney Creek Baptist Church (formerly Central Baptist Church) both in London, Ontario. He has also served as an Associate Pastor at Benton Street Baptist Church in Kitchener. He has ministered in several churches as an interim pastor and is busy most Sundays speaking in churches across the province. David is married to Lorraine, and they have five married children and fourteen grandchildren. 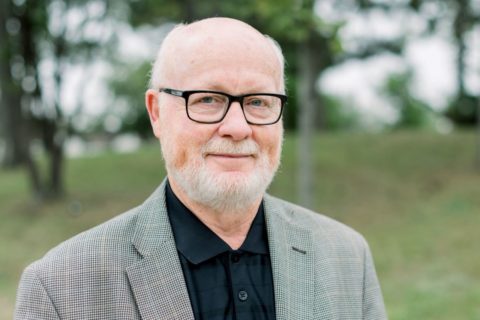 Stan is Professor Emeritus of Theological Studies. He retired from his full-time faculty role in 2018, but still teaches one course each fall and winter. He formerly served as a pastor at churches in Bloomington, Indiana and Toronto, and he has been teaching theology since 1980. He is the author of two books on baptismal theology: More Than a Symbol and Rethinking Baptism: Some Baptist Reflections. He connects theology to the life of the church by serving as an elder at Grandview Baptist Church in Kitchener. He and his wife, Donna, have four adult children and six grandchildren.

Professor of Homiletics and Pastoral Studies and President of Heritage 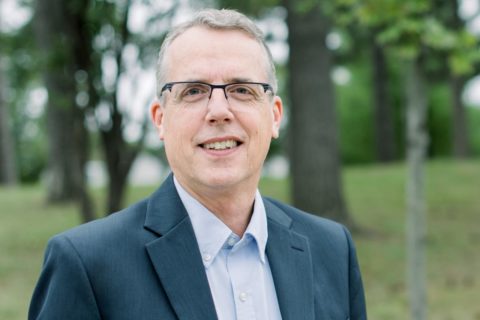 Professor of Homiletics & Pastoral Studies, Dr. Rick Reed joined Heritage College & Seminary on January 1, 2013 as President after serving for fourteen years as Senior Pastor at the Metropolitan Bible Church in Ottawa. Prior to this Dr. Reed pastored in California at the Berean Bible Fellowship church in Atascadero and The Valley Church in Cupertino. He has also been a plenary and seminar presenter for Billy Graham’s School of Evangelism, guest professor at Nassa Theological College in Mwanza, Tanzania and an adjunct professor for Heritage Seminary. Dr. Reed is a long-time, regular contributor to a weekly column in the Ottawa Citizen entitled “Ask the Religion Experts”. Dr. Reed’s rich pastoral experience, teaching and writing experiences bring together a wonderful blend of academy, church and missions. 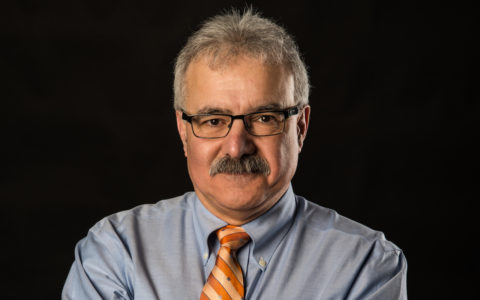 Professor of New Testament and Greek 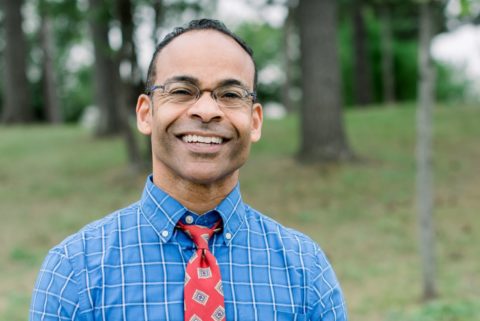 Professor of New Testament and Greek, Wayne has been serving at Heritage since 2012. Previously he spent ten years in pastoral ministry, serving in Christian & Missionary Alliance churches in Windsor and Ottawa, and a CBOQ church in Mississauga. He earned his Ph.D. at McMaster University in the Department of Religious Studies, majoring in Early Christianity with a minor in Early Judaism. Wayne has also taught part-time at Wilfrid Laurier University, King’s University College (UWO), and McMaster University. He is married to Lucille and they have three sons, Ethan, Micah, and Jared. 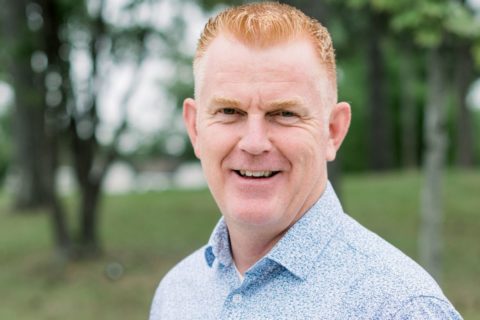 Franklin & Eleanor served nineteen years with Ethnos Canada, in Panama and then in administration and leadership in the Canadian office. In 2011 they ventured out by faith again and moved to Cambridge where Franklin studied full time at Heritage. After graduating with a Master of Divinity in 2014, Franklin was invited to join the faculty to teach missions and intercultural studies.

Franklin’s heart for ministry at Heritage is four-fold: 1) To help all students catch the vision for how their life and ministry fits in with the Lord’s eternal and global mission; 2) To equip students in the Intercultural Studies program for cross-cultural gospel ministry; 3) To encourage all students in their personal relationship with the Lord; 4) To enable Heritage to bless the many Canadian churches and mission agencies with whom we labour together in God’s mission.

Franklin has been happily married to Eleanor since 1991 (which is when they married!) and they have three children, Jared (& Sara), Scott, and Sophia. Their favourite family memories are of camping and cross-country road trips. 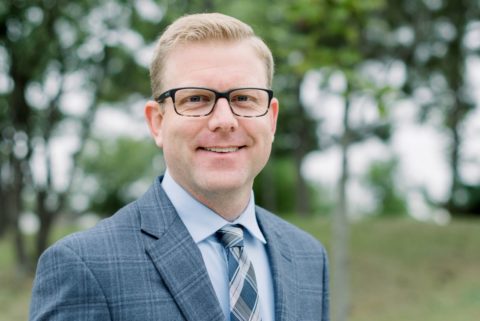 Dr. Ian J. Vaillancourt serves as Associate Professor of Old Testament and Hebrew at Heritage Theological Seminary. He earned a B.Th. from Tyndale College, an M.T.S. from Tyndale Seminary, and a Ph.D. from the University of St. Michael’s College, Toronto. He is also an ordained pastor in the Fellowship of Evangelical Baptists in Canada and served in senior/teaching pastoral roles for 14 years before transitioning to serve Christ in the classroom full-time. God has given him a passion to exalt Christ from the Old Testament, whether in the classroom, the pulpit, or in print. Dr. Vaillancourt has published articles and book reviews in several academic journals, including The Journal of the Evangelical Theological Society, Westminster Theological Journal, Journal for the Evangelical Study of the Old Testament, and The Scottish Bulletin of Evangelical Theology. His first monograph, The Multifaceted Saviour of Psalm 110 and 118: A Canonical Exegesis, has been published as a part of the Sheffield Phoenix Press Hebrew Bible Monographs series. Ian is married to Natalie and they have two children: Caleb and Emily. 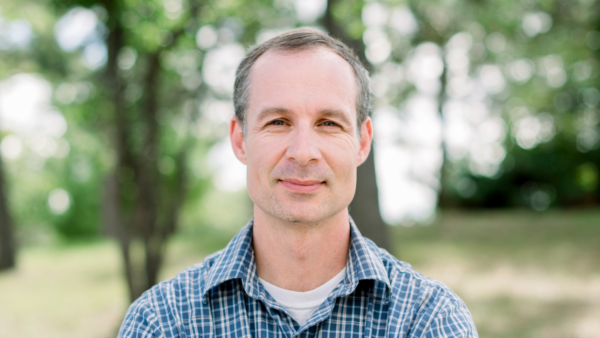 For many years, Dr. Steve West has faithfully taught and mentored students at Heritage, teaching courses in theology, philosophy, ethics, and apologetics. In addition, West has had an international ministry, preaching, lecturing, and teaching courses in multiple countries on five continents around the world. West has also served his entire adult life as a pastor in the local church. Recently he has pastored at Crestwicke Baptist Church in Guelph, Ontario, and now is at Madoc Baptist Church.