Heritage College & Seminary is committed to providing a safe and healthy environment for all its students, faculty, and staff. For this reason, we are establishing guidelines and reconfiguring the campus in anticipation of the fall semester.

Our goal is to create the best possible learning experience for all students, whether they are on campus or off campus. We want all members of the Heritage community to feel safe and secure as they begin, or continue, their studies this September. As always, our mission is to equip men and women for life and ministry, from coast to coast to coast, and around the world.

To learn more about Heritage’s plans for Fall 2020 and to stay updated on further details  – please visit DiscoverHeritage.ca/Fall2020. 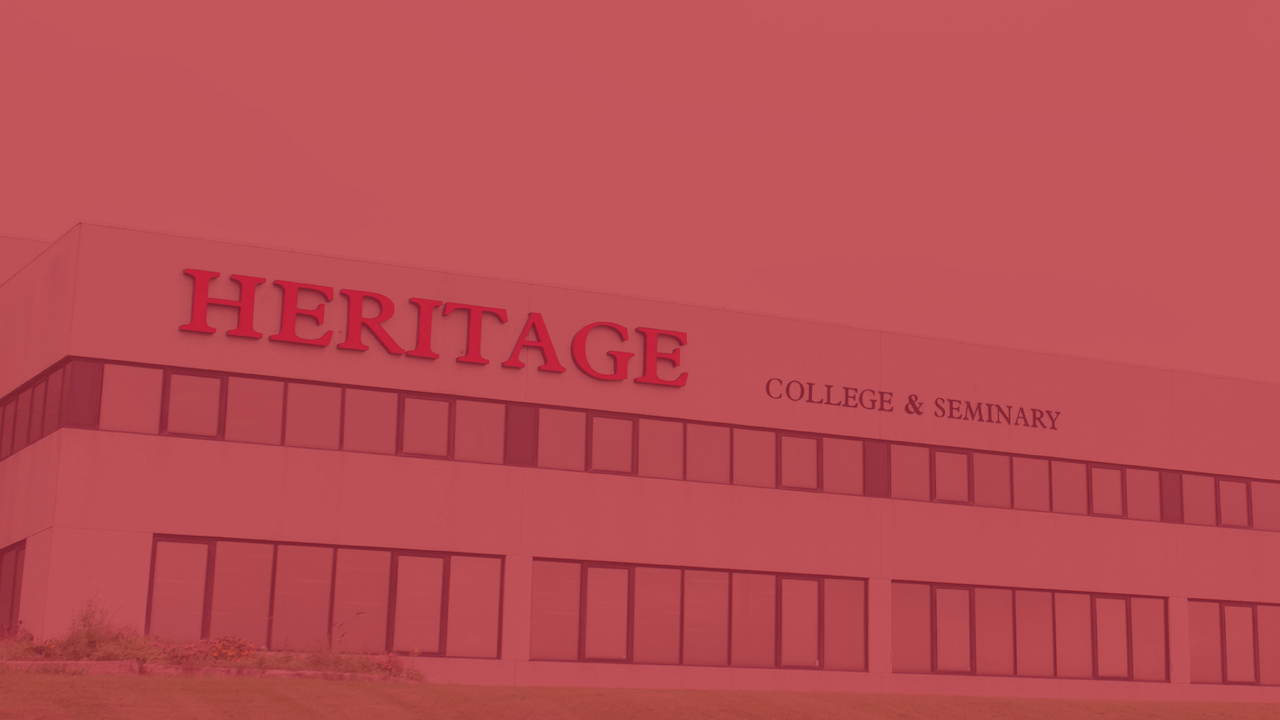 In the midst of the COVID-19 pandemic, Heritage College & Seminary remains committed to prioritizing the health and safety of our campus community, while continuing on in our mission to train and equip men and women for life and ministry.

Though the campus of Heritage College & Seminary remains closed, operations will continue online in order to serve students and the Heritage community.

Looking ahead, Heritage and its leaders are currently making plans to continue teaching and equipping both college and seminary students this fall.

We are thankful for your prayers and support during this unique time in the history of Heritage College & Seminary. Know that we are praying for our students, alumni, and all in our Heritage community during this time and we continue to trust and hope in our faithful God.

To stay updated on what’s happening at Heritage College & Seminary, please stay updated by reviewing this website regularly and look for announcements on social media or by email.

From the President’s Cabinet of Heritage College & Seminary

We recognize that many of our new and returning students have questions regarding our plans for September. We appreciate your patience as we navigate the challenges posed by COVID-19.

We’re hopeful (and planning) for on-campus classes this fall, which will be convened in a way that ensures the physical well-being of staff and students.

Ultimately, what that looks like will closely adhere to provincial guidelines for private academic institutions. In case we can’t meet on-campus, we’re making contingency plans to have alternative delivery systems in place that will maintain academic standards, fulfill OSAP guidelines, and satisfy ABHE and ATS requirements.

In short, we’re planning for both scenarios: on-campus and online. We’ll make a decision, as soon as the provincial authorities issue their guidelines. 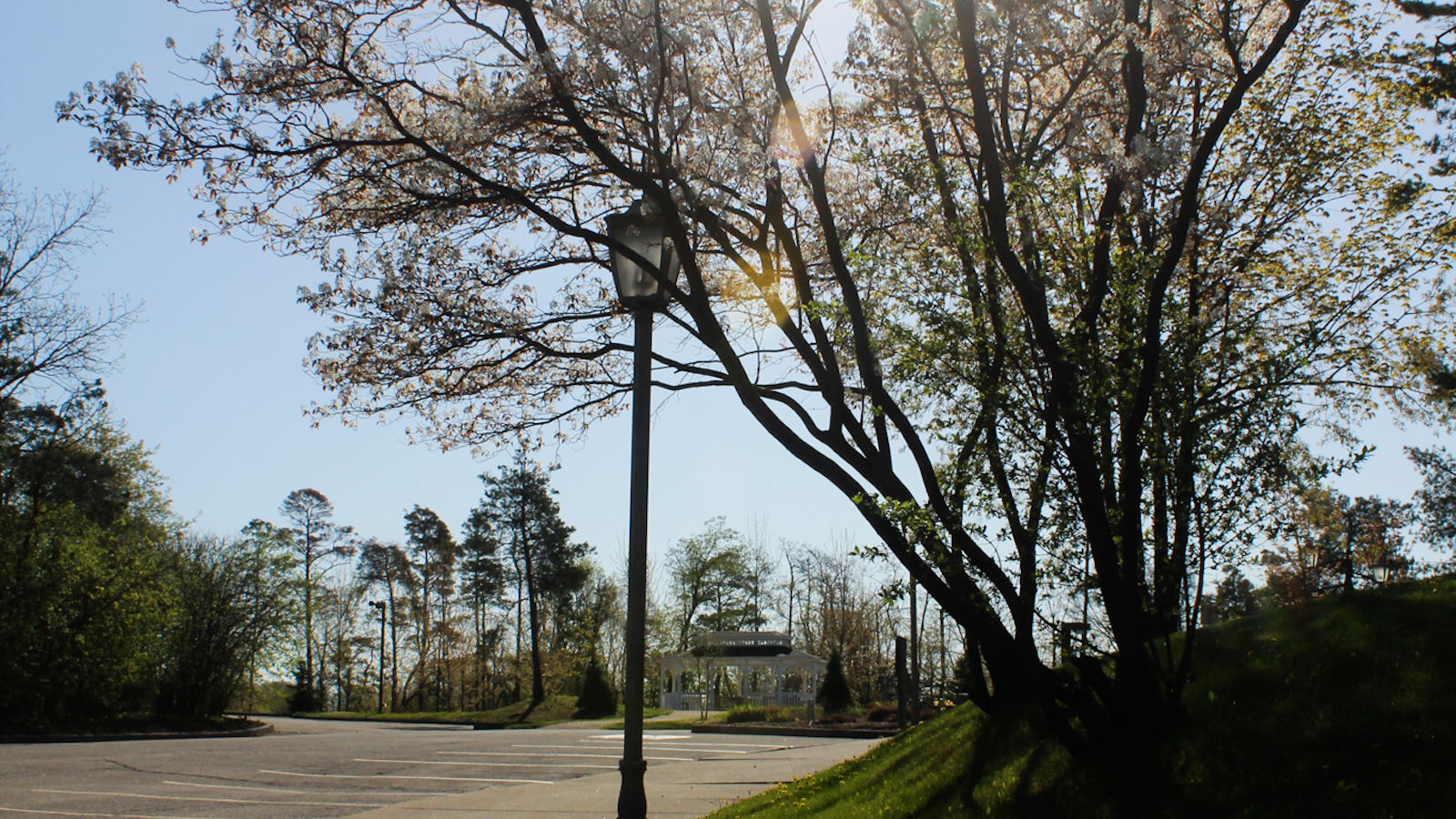 Our Heritage faculty and staff join with many others around the world to pray for God’s mercy on our broken world during time of great sorrow and upheaval.  We lament the tragic, brutal death of George Floyd which has surfaced the injustice many Black brothers and sisters live with in an ongoing way.

It could be tempting for us in Canada to dismiss this as a problem largely beyond our borders.  But as we listen to the voices of Black Canadians and other minorities around us, we quickly discover that racial prejudice adversely affects Canadians too.  This is a time to humble ourselves before God, asking for His grace and guidance to love our neighbour as ourselves (Matthew 22:39).

As Christians we reject racism as contrary to God’s heart and His revealed will.  The Bible affirms all humans are created in God’s image and possess equal worth and dignity (Genesis 1:27).  Although hostility and division have characterized human history, God’s plan is to bring us together under Christ as part of His Church (Ephesians 1:10, 2:14).

When Linda and I served in a pastoral role in Ottawa, we loved the fact that over forty languages were spoken in the congregation.  We delighted in the diversity of languages and cultures represented in the church. It was for us a foretaste of heaven when people from every “tribe and language and people and nation” will unite to give glory to the Lord (Revelation 5:9).

Our commitment at Heritage College and Seminary is to be a place where all students are treated with Christ-like love.  To this end, we will actively listen and learn where we fall short and what actions we can take to be part of the solution.  We recognize our responsibility to educate and equip spiritual leaders who understand the implications of the gospel and embrace the racial diversity God intended for the body of Christ (Ephesians 3:6) and the absolute equality and value of all.  We do this as an expression of our devotion to the Lord Jesus Christ, the One who laid down his life to reconcile us to God and to unite all who trust in him as equal members of God’s household (Ephesians 2:19).

In following with recommendations, we are asking all in the Heritage community to:

In order to protect our community and workplace, Heritage College & Seminary is asking that all students, staff, and faculty will take note of these personal efforts throughout the campus:

In an effort to create a safe learning environment at Heritage, the campus will be implementing the following:

What Do You Do If You Believe You Have COVID-19?

If you believe that you have become ill with respiratory symptoms and had potential connection with COVID-19, please: 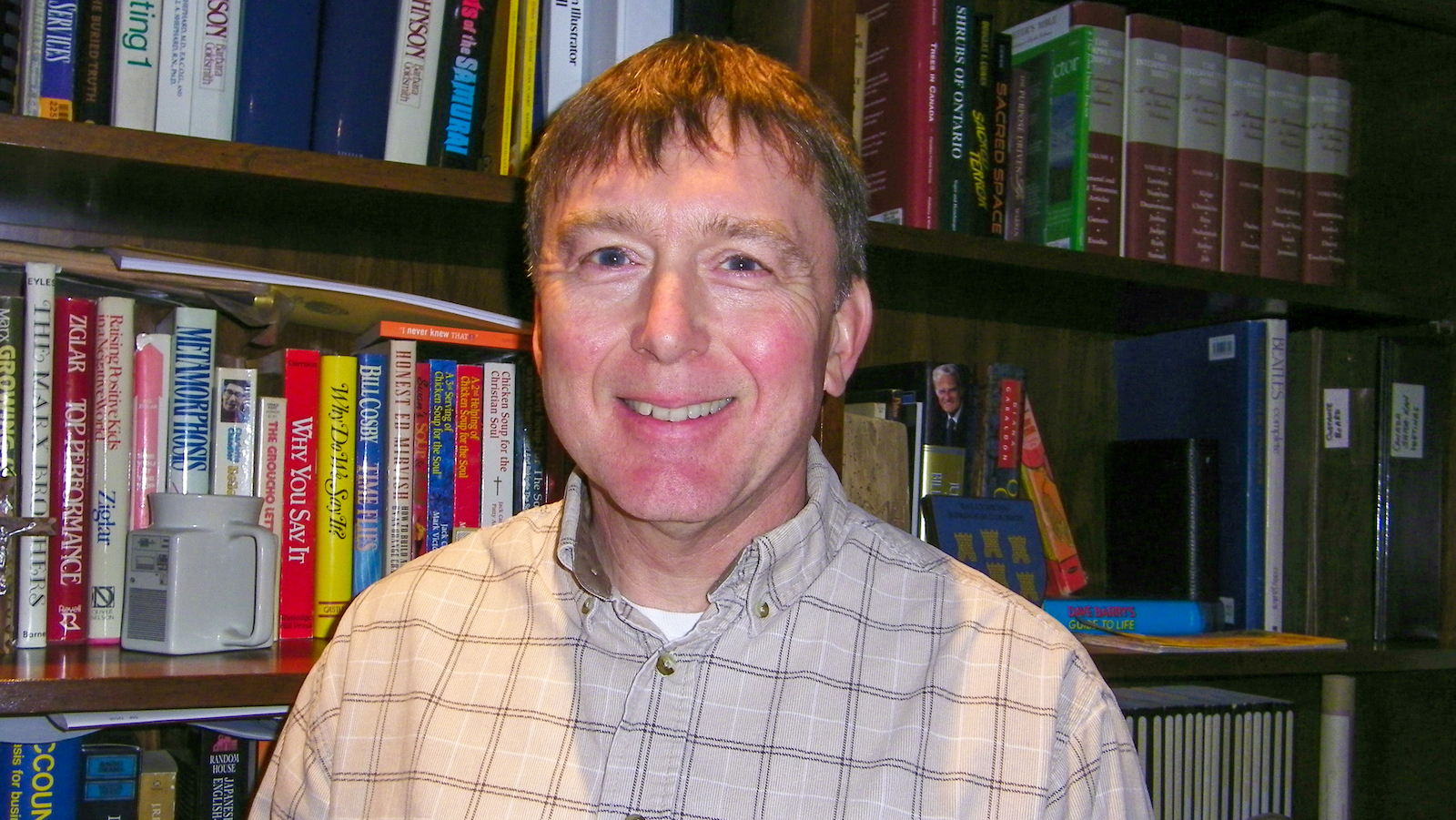 It was during his time studying church history at Heritage Theological Seminary with Dr. Michael A.G. Haykin that Dr. Roy Paul says he became fascinated with the history surrounding Jonathan Edwards and his ministry to the Mohican Indians in Stockbridge, Massachusetts.

This interest became the focus of Paul’s doctoral research that will be published in a forthcoming book – Jonathan Edwards and the Stockbridge Mohican Indians: His Mission and Sermons.

Dr. Paul, an alumnus of Heritage Theological Seminary, explains that the opportunity to study Edwards and his missionary work to the Mohican people was a valuable endeavour. Though the story of Edwards’ work in this area and the sermons he preached were known, he explains that many had not been previously published.

As a result, his doctoral research took him on a journey looking at archives in Stockbridge, spending time on the Mohican reservation in Bowler, Wisconsin, and travelling to Yale University to review some of the over 200 sermons that Edwards preached during his ministry in this area.

Paul’s research delves into Edwards’ involvement in continuing the gospel ministry that was within the Mohican community in Stockbridge. He explains that after European settlers began to settle in their area, this monotheistic group who acknowledged the “Great, Good Spirit” as the giver of all things became interested in both the lives and beliefs of these new residents.

“They took notice, particularly, of how prosperous the European settlers were and decided that they wanted to know more about their God,” says Paul. “To that end they agreed to have a missionary come to them and to teach them.”

After the passing of the first and long-serving missionary to the community, John Sergeant, Edwards came to take his position in 1752. Paul explains that though Edwards came into this position with a heart for missions and the Mohican people, he also began his preaching ministry without knowing their language. Though this would be a challenge for Edwards, with the help of a translator and thoughtful preaching, Paul says that he served in this role preaching two different sermons each Sunday – one to the English settlers and one to the Mohicans.

“His content and style to each group was quite different,” explains Paul. “Edwards was a master of rhetoric and so when preaching to the Mohicans he drew on their love of nature and gave many analogies from creation.”

One thing that was clear from his research was the deep care that Edwards had for the Mohicans that he served. Paul explains that, while preaching the word in Stockbridge, Edwards also fought for the rights of the Mohicans in the area. As the settlers continued efforts to swindle land from the Mohicans and not live up to their obligations to the boys learning in the community’s boarding school, Paul says that Edwards was their advocate through letter writing campaigns and other initiatives.

“He truly cared about them physically and spiritually, bringing many of them into his own home,” says Paul.

When looking at this chapter in Jonathan Edwards life, Paul says that there are a number of important lessons for the church today. He explains that in the life of Edwards in Stockbridge, readers will see not only his personal commitment to the study of God’s Word and the discipleship of his family, but also his great devotion to preaching the gospel and the mission to the Mohicans. A commitment that has left a lasting impact on the Stockbridge Mohicans today.

“When doing my research on the current state of Christianity within the tribe, one tribal member said to me, ‘If it were not for the ministry of Jonathan Edwards to my people; my ancestors, my grandmother, my mother, and I would not be Christians today.”